OPQ utilizes MongoDB as its database for all OPQ services. The database is provided as part of our Docker deployment.

When you create a new OPQ database for the first time, it's best to ensure that the indexes are created before any data is accepted.

Note: other initialization activities include setting up TTL indexes and defining schemas. These activities will be documented soon.

For development purposes, it is often useful to inspect the contents of collections. We use two ways: via the command line Mongo Shell and via the RoboMongo (Robo 3T) GUI.

To access the OPQ database via Mongo Shell, you must first ssh into the server running the MongoDB Docker container. For example, here are instructions to ssh into emilia.ics.hawaii.edu.

Once you've done that, you connect to the running MongoDB Docker container and run the Mongo Shell with:

The access the OPQ database via RoboMongo (Robo 3T) GUI, you must configure your connection in RoboMongo to use port forwarding.

First, create a new connection and name it appropriately. For example, here is the dialog window for creating a connection called "emilia.ics.hawaii.edu": 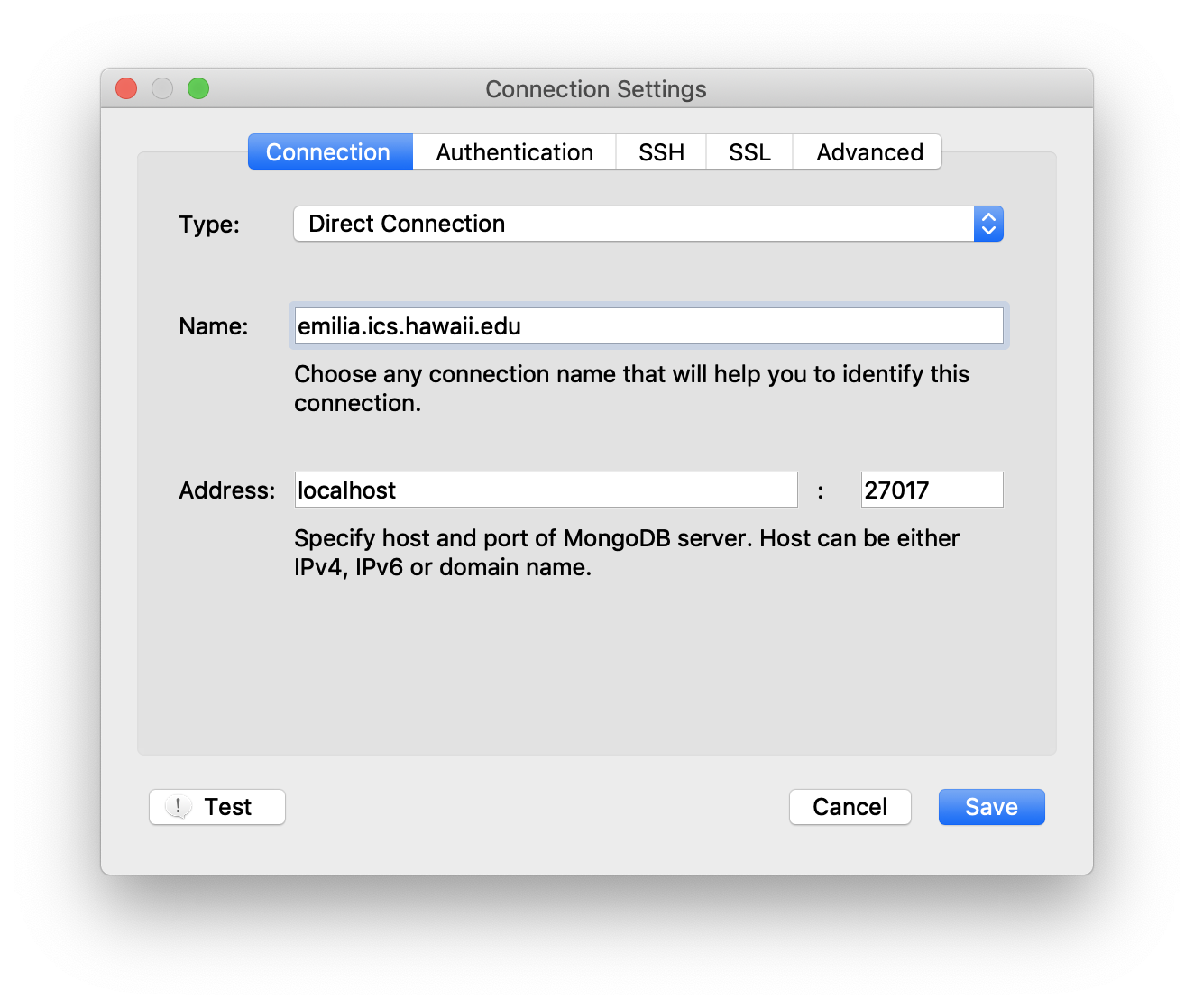 Next, set up SSH access to the server running the MongoDB container. For example, here is the dialog window for defining ssh access to emilia.ics.hawaii.edu. 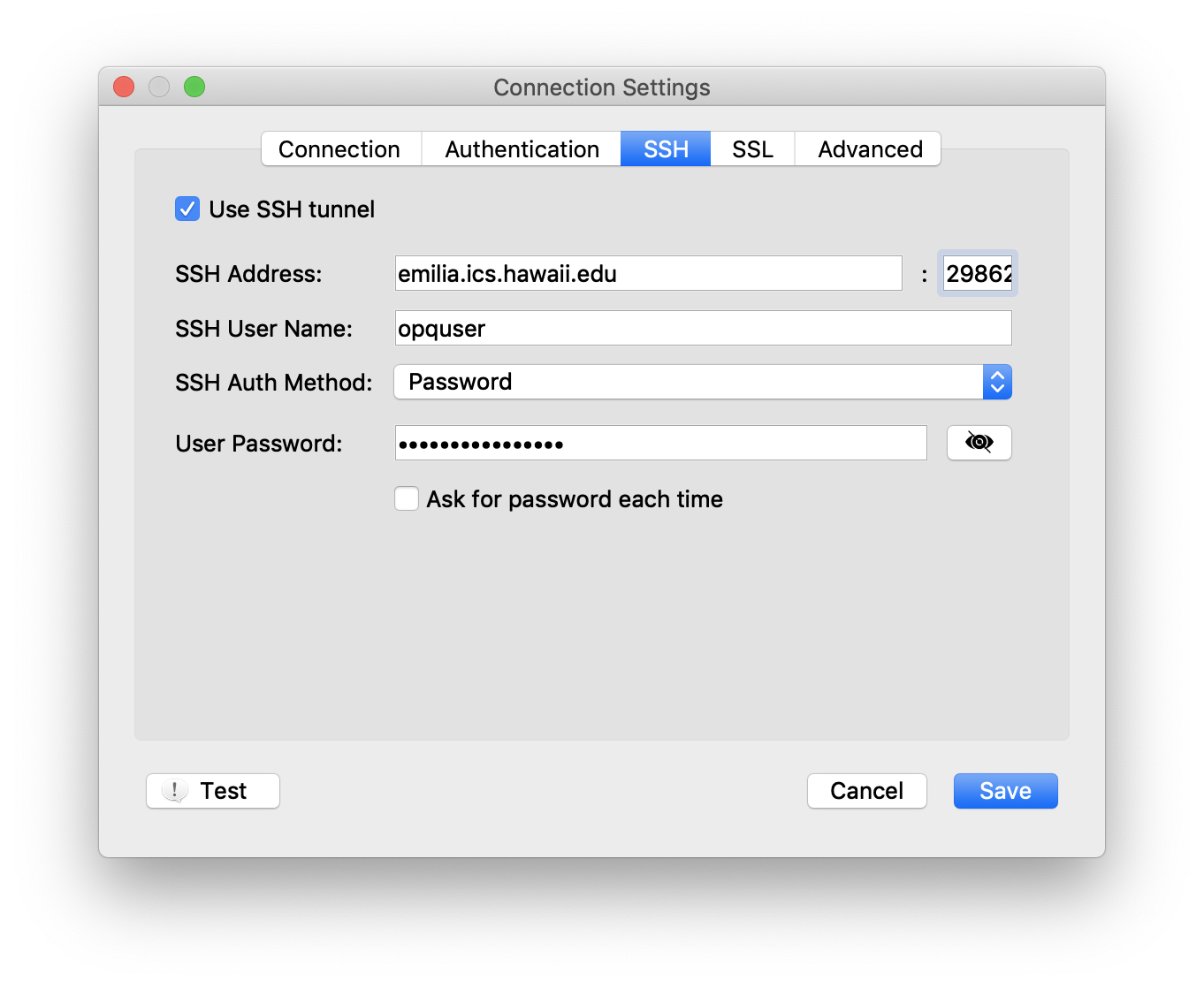 If you have configured things correctly, then you should be able to access the OPQ MongoDB database. For example, here is a screenshot showing a document in the system-stats collection:

The steps required for backing up the database is as follows:

This will produce a compressed and archived backup image of the database in /var/bak and the file name will look like opq.dump.YYYY-MM-DD.bak where YYYY-MM-DD is the current year, month, and day that the backup was created on.

The steps required for restoring a database is as follows:

It's possible to automate the backup process using a cron job on the host machine. We create backups of the database once per day at midnight.