At its most basic, the OPQ system architecture is extremely simple: OPQ Boxes are plugged into wall outlets, they monitor the quality of power at their wall outlets, and the results are communicated via the Internet to a software system called OPQ Cloud. To see the results, users login to the system using a browser.

A slightly less basic description is this: the OPQ system architecture consists of four major open source hardware and software components that provide end-to-end support for the capture, triggering, analysis, and reporting of consumer level local and global PQ events.

The following image illustrates how these components work together to take information from wall outlets (on the left side) to the display of analyses in a browser (on the right hand side): 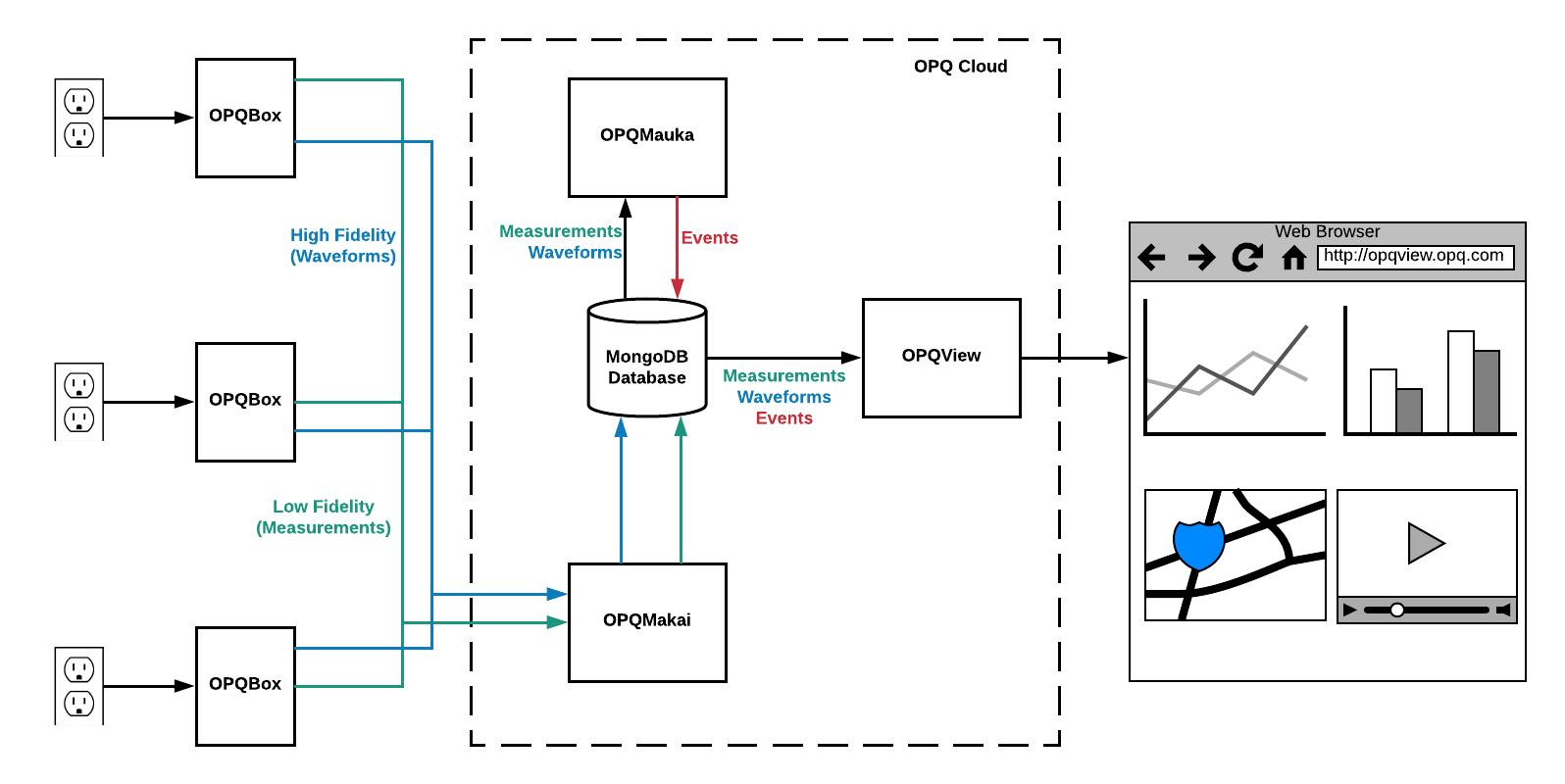 OPQ Makai, OPQ Mauka, and OPQ View are all cloud-based software services that collectively form a single "instance" with respect to data transmission, storage, analysis, and visualization. We refer to this collection of software-side components as OPQ Cloud. Every OPQ Box connects to a single instance of an OPQ Cloud. It is possible to have multiple OPQ Cloud instances. For example, a company might install an OPQ Cloud instance behind their firewall along with OPQ Boxes to provide a private mechanism for collecting and analyzing power quality data.

Our approach has a number of benefits. The combination of low and high fidelity data reduces both network overhead and storage requirements, which increases the scalability of the system in terms of the number of OPQ Boxes that can be tied to a single OPQ Cloud instance. OPQ Makai and OPQ Mauka have a plugin architecture, making it easier to extend their functionality to incorporate new triggers for high quality data (in the case of OPQ Makai) and new events and analyses (in the case of OPQ Mauka). Finally, the open source licensing of both hardware and software makes it possible to incorporate new ideas, bug fixes, and enhancements from technologists across the power quality community.